Built on experience. Driven by excellence.

Partner with people who get you.
Let's meet
>

Our founding team is largely comprised of industry veterans who bring over 70 years of combined experience to our organization.

Our grit and determination fuels a persistent and relentless pursutit of success.

Our curiosity and desire to exceed expectations create solutions that raise the bar for both our clients and our industry.

We are designed to be agile and flexible in order to maintain our edge in an increasingly dynamic environment.

Strong ethical and moral principles guide every action we take, even when no one is watching.

We demonstrate true dependability by consistently meeting our clients' needs on time, every time.

Meet our team of experts 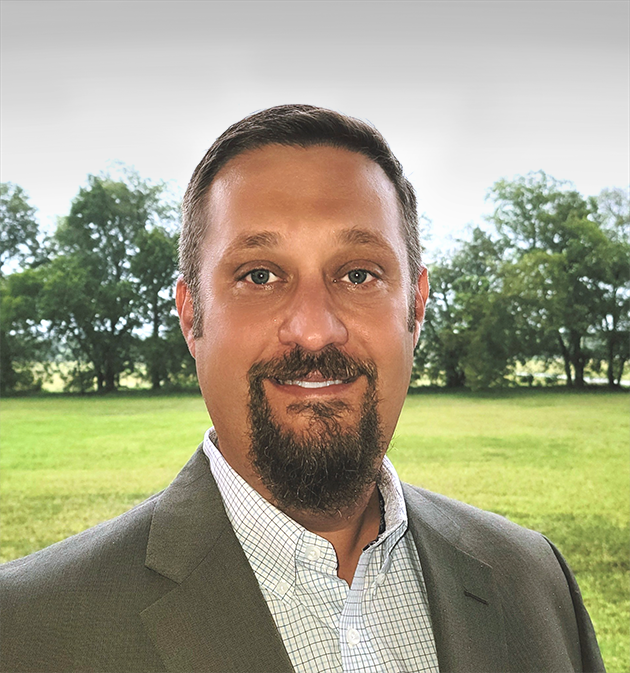 Brady Karnes has over 20 years of experience in electrical distribution design and full life-cycle project management. He has served in a variety of leadership roles within the electric utility industry, prior to transitioning to a consulting role in 2016. Brady brings a unique perspective to supporting the needs of our clients with experience both in the management team of electric utilities and as a consultant serving a broad cross-section of design and construction management projects.

Brady developed a passion for the possibilities within the consulting industry while working within the electric utility industry, in a prior role as a client of several well-established engineering firms. He has a deeply held belief that utility consultants are uniquely positioned to serve as aggregators of the best resources available to the electric utility industry. Very few utilities have the resources to handle every unique challenge that may arise, but all utilities should have access to the very best consultants possible.

Brady’s broad background in the power distribution industry is what enables us to perfectly craft our solutions to fit our client’s needs. 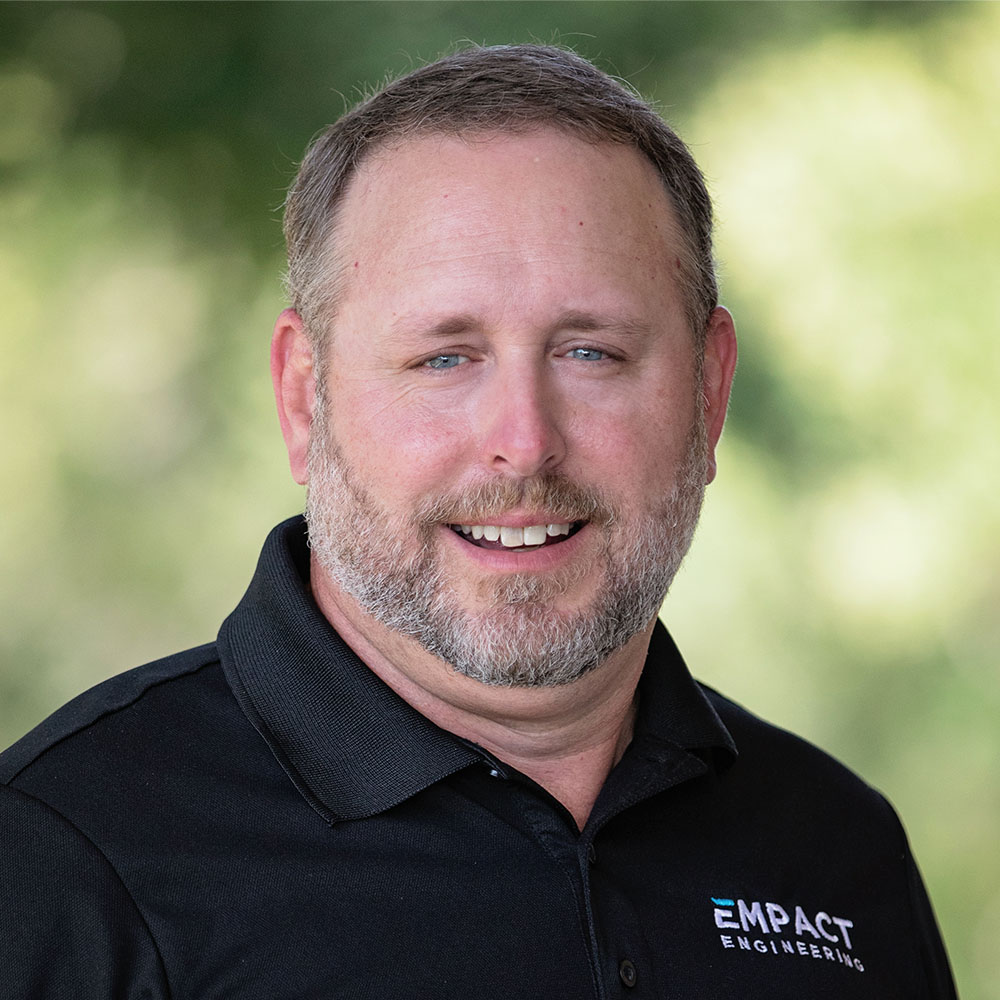 Cy Terral has over 20 years of experience in both electrical distribution design and engineering as a consultant in electrical engineering and project management. His background and expertise allowed him to form solid relationships with electric utilities across the country.

His dedication to excellence in client relations is relentless. Quality project management has ensured those relationships have thrived and prospered over the years.

Cy has also overseen field service employees across the country converting and designing thousands of miles of distribution powerlines for electric utilities. If asked, he would tell you that his most significant accomplishments are not necessarily scope-of-work related but rather the relationships he has formed with electric utility employees over the many years of service he has provided. Cy has long believed that his clients are not just clients; but are friends. 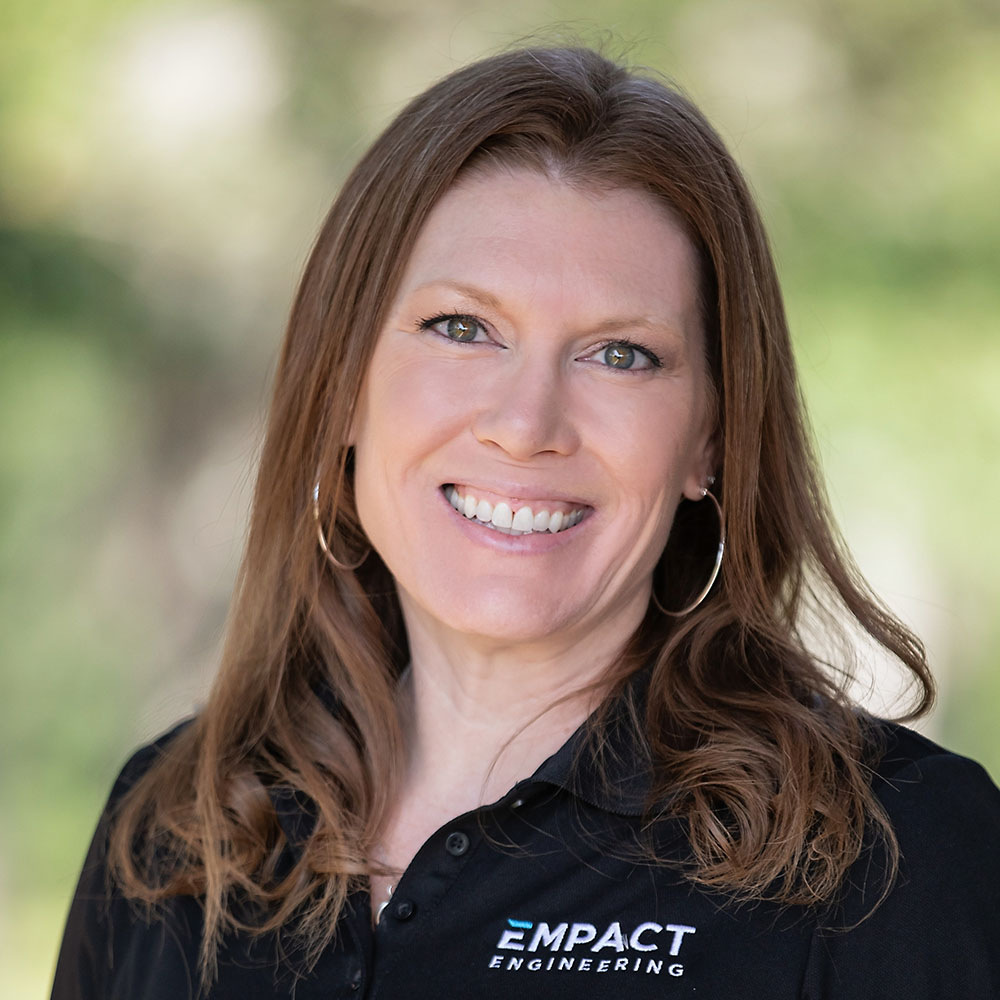 Head of Legal and Business Affairs

Head of Legal and Business Affairs 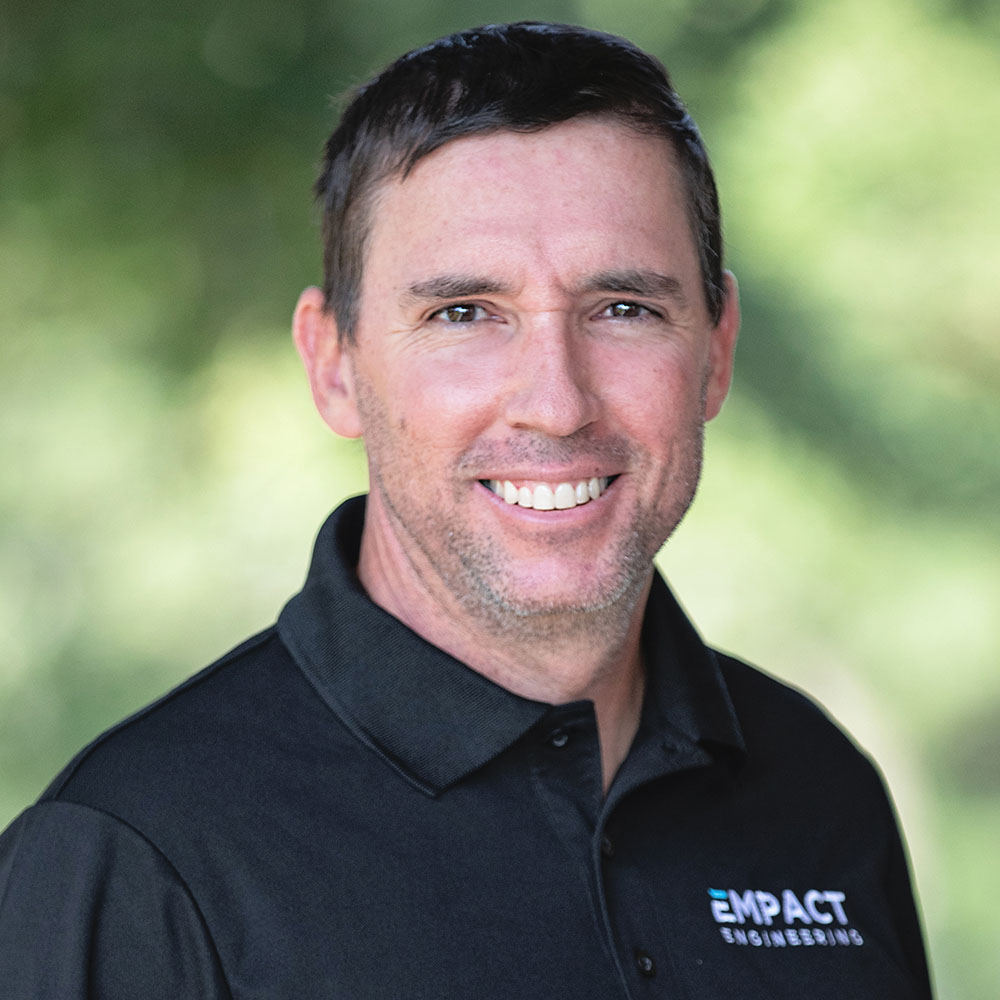 Duane Price manages the delivery process for all joint-use communication projects and the safety program at EMPACT Engineering. His key role includes developing and implementing training materials for new hires and an education program for the existing team. These developments are critical to a company driven by process improvements, product metrics, and intelligent automation. His continuous monitoring of product metrics gives him insight into staffing needs throughout all stages of the project, resulting in a confident ability to scale as needed. In addition, Duane works closely with Cy and Tom to ensure all timeline and quality expectations are achieved.

While his time in the distribution power industry spans just 4 years, his prior career developed the strong management, leadership and organizational skills needed to succeed. The previous 24 years, Duane was a dual sport athlete in football and baseball at Texas Tech University, played professional baseball for the Cincinnati Reds, and coached football from the high school ranks to Division I including Tulane, Texas Tech, East Carolina, North Carolina and Texas A&M University.

Duane has a B.S and M.S Degree from Texas Tech University. 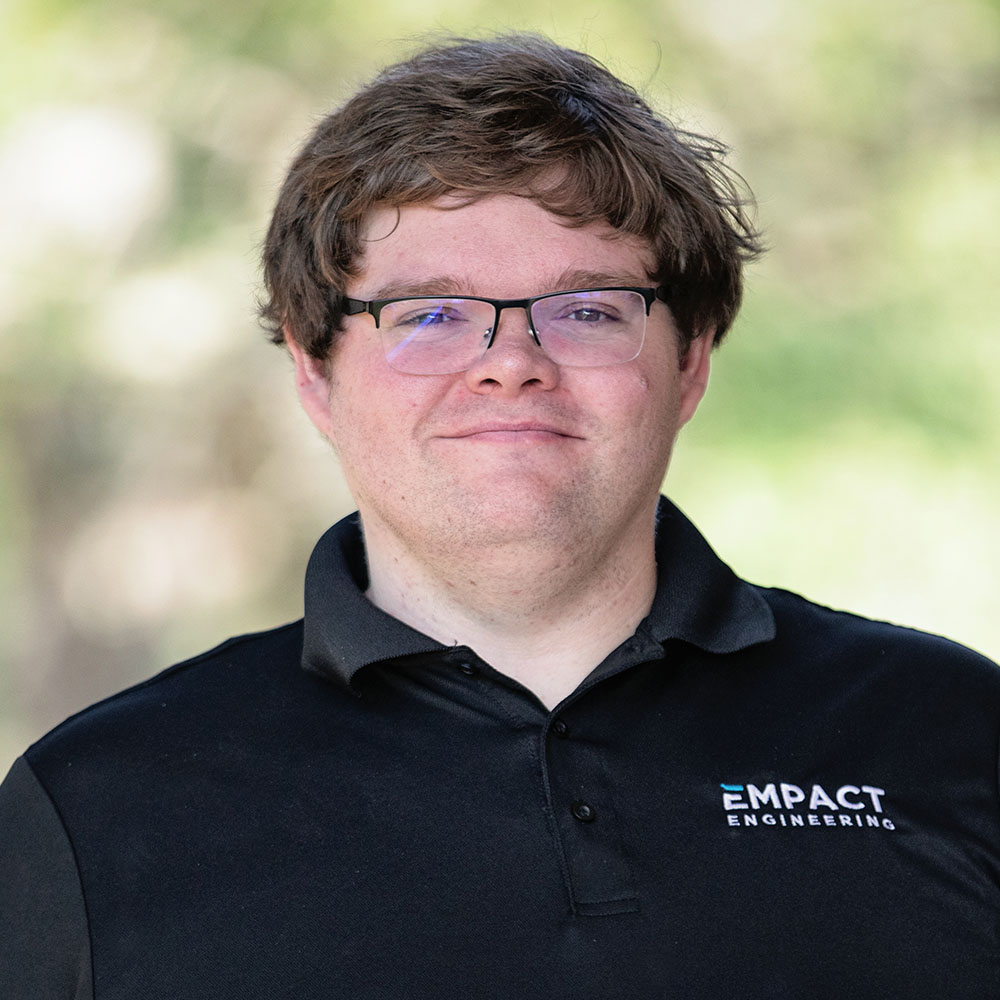 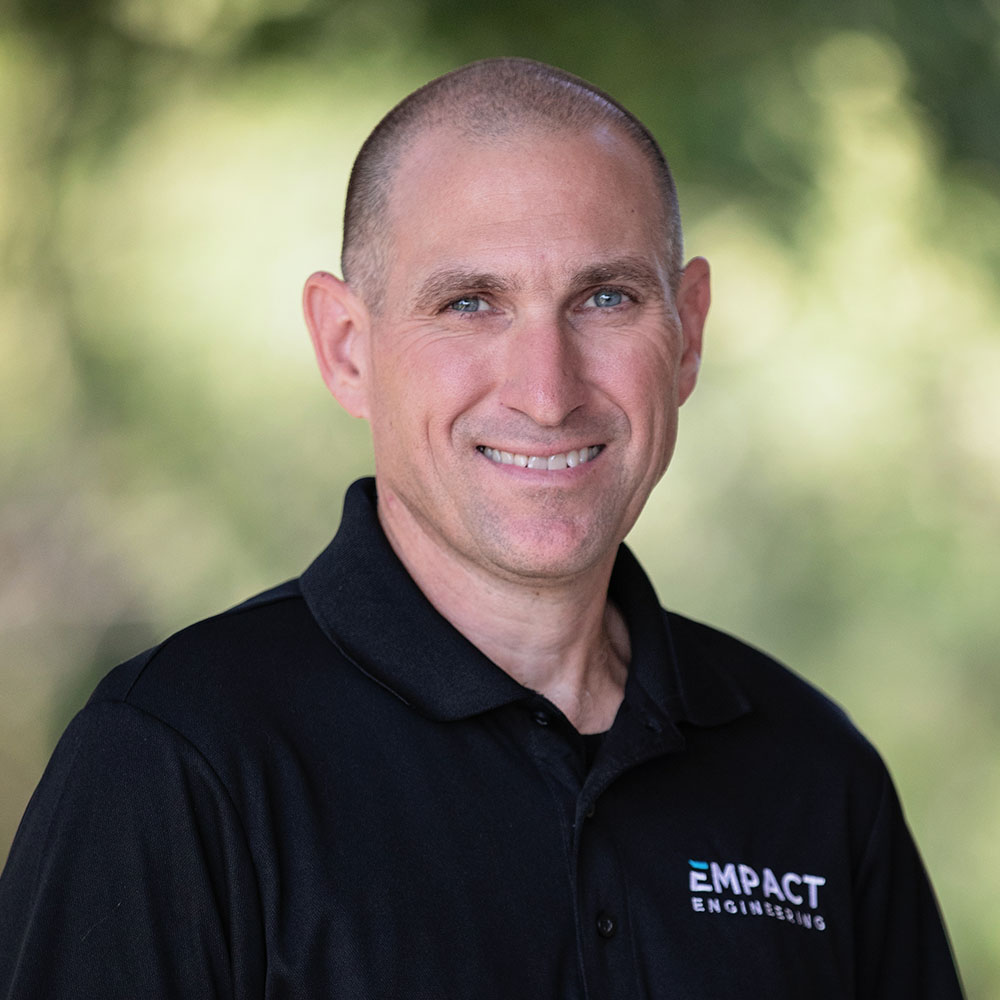 Gary serves as Director of Engineering where he oversees and manages the engineering design process. His passion and interest for electricity and power distribution systems runs deep, as he grew up in a family engaged in the power industry. In 2001, Gary received his Bachelor of Science degree in Electrical Engineering from Texas A&M University with an emphasis in Electric Power Systems. He completed classes in areas such as Electric Power Systems, Electricity & Optics, Ethics in Engineering, and Electricity Circuit Theory. Gary immediately put his academic knowledge into practice holding progressive roles throughout his career working for organizations such as Bluebonnet Electric Coop., CenterPoint Energy, McCord Engineering, and now EMPACT Engineering.

Throughout his career, Gary has been involved with various facets of the power industry, including draftsman, surveying, data collection, automation, and engineering design. Gary oversees engineering and communication projects from concept to design completion and provides the leadership necessary to complete projects efficiently and effectively. His professional background includes proven leadership with client relationship management along with coordination facilitation with regulatory agencies such as TXDOT and other professional service providers. He specializes in overhead power distribution up to 35kV utilizing single phase through triple circuit design strategies. Gary maintains an active Professional Engineer license and abides by all professional ethical standards.

Gary’s variety of experience in the power industry contributes largely to our breadth of expertise. 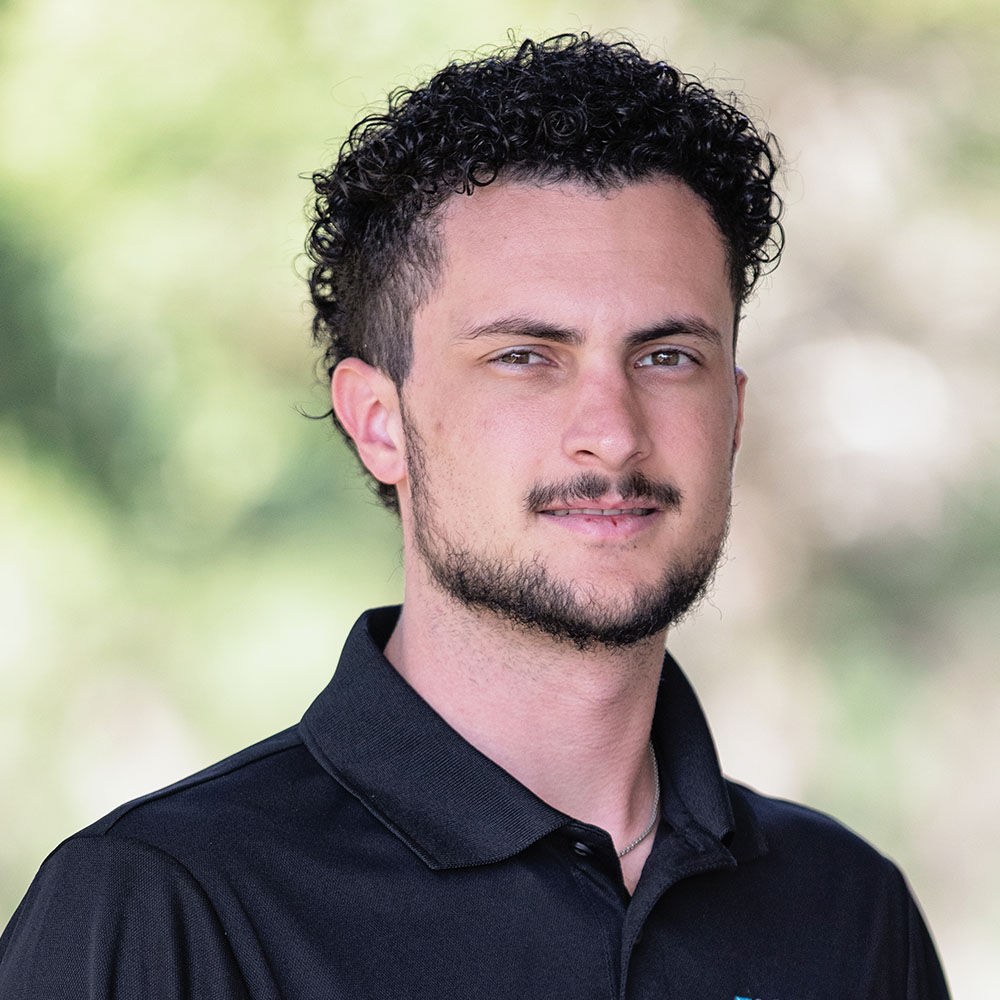 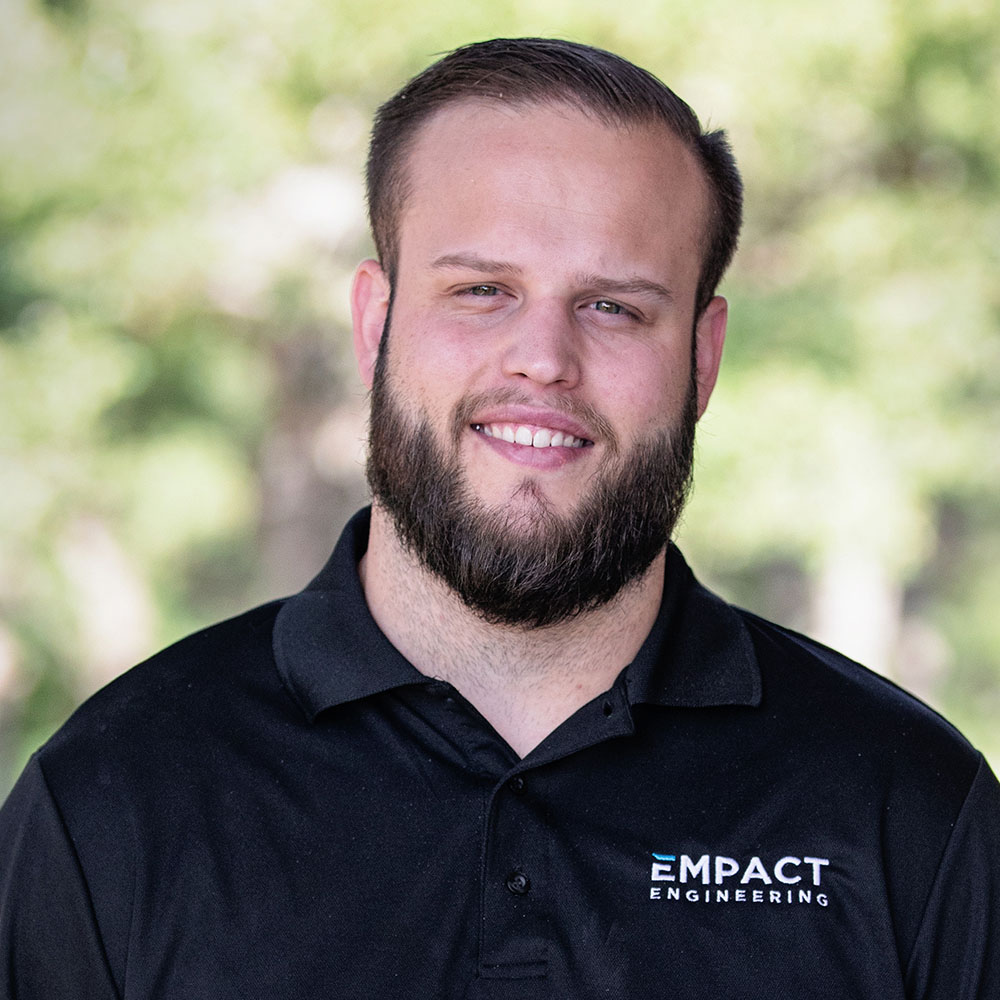 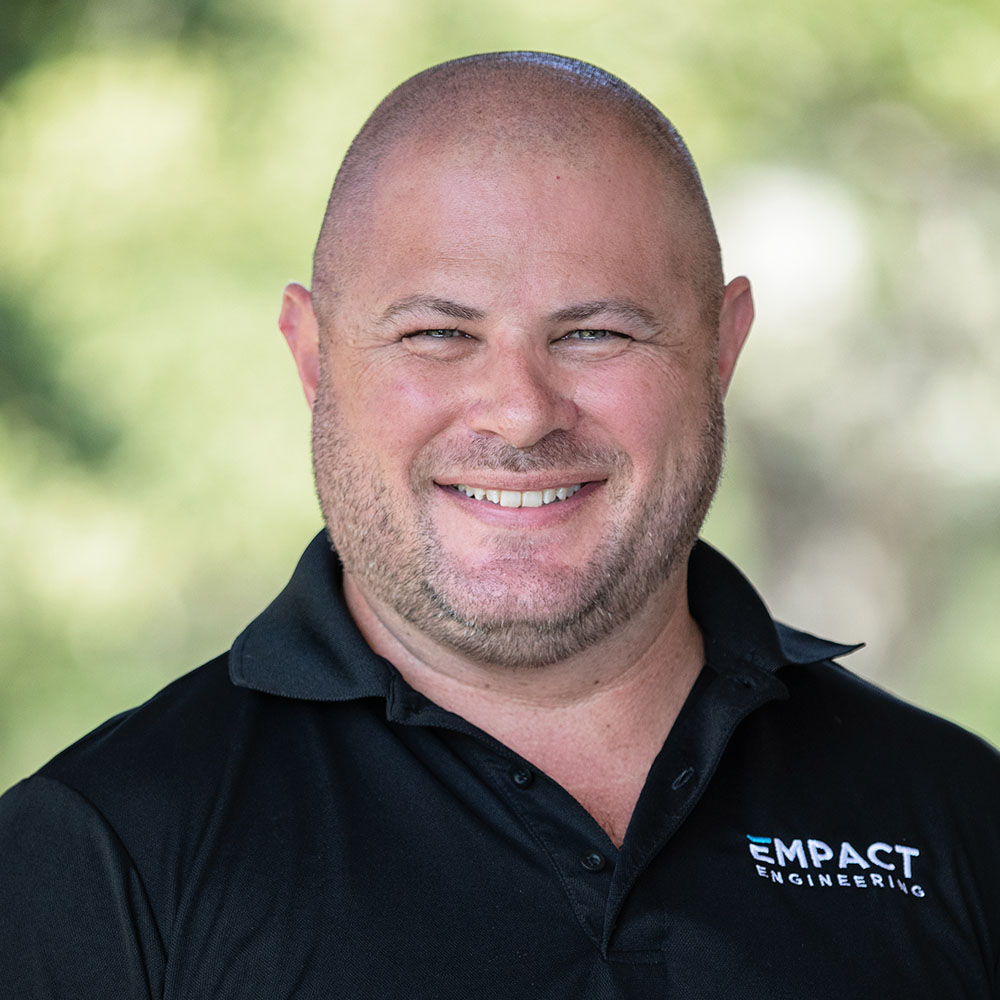 Over his 18-year professional career, Matt has devoted himself to supporting his clientele by becoming an integral part of their success. He has come to know his clients’ key business drivers, values, strategy, and styles, so well, that he has developed an essential shorthand to accomplish goals in the most streamlined way possible. His embedded approach to advising and guiding leadership allows Matt to work closely with clients from the top-down. His tailored recommendations are designed to help clients achieve their business objectives while operating within the guidelines of regulation and budget. He excels at translating complex client challenges into practical business guidance. He approaches problems with three points of attack: Understanding the language of business, interpreting the framework of finance, delivering creative solutions. Matt takes great pride in working behind-the-scenes with precision and timeliness. His diligence helps customers feel confident when making decisions that directly impact the company's bottom line, reputation, and overall value. That steadfast support is what he brings to Empact's highly valued clients.

Matt’s breadth of experience working for a major electric and gas utility and two major international geospatial firms has taught him that trust and communication are essential components of a successful relationship.

Matt's 18-years of experience creates the unique depth and quality or our client relationships. 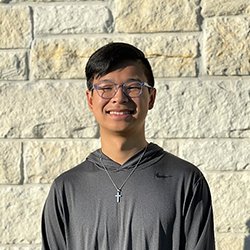 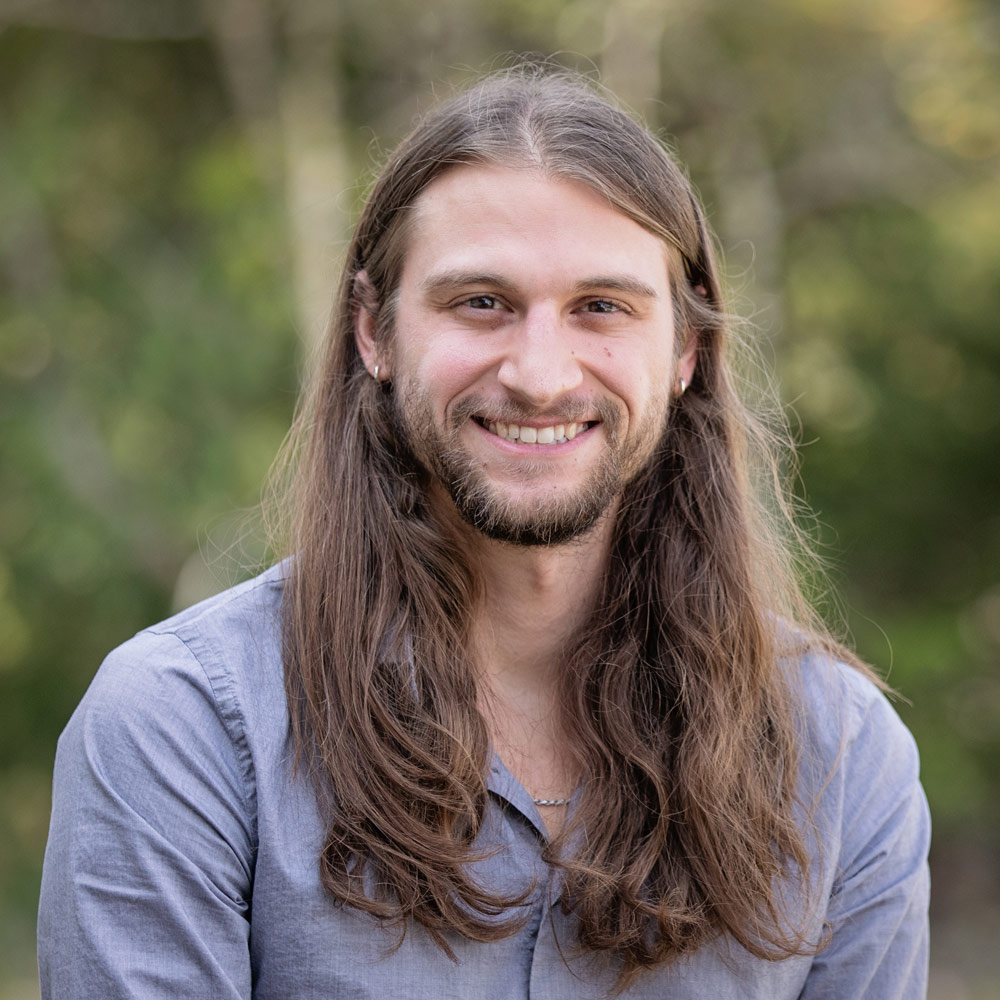 Paul Karkoska comes from a background in Information Technology and has experience in many different aspects of the electrical engineering space, first starting out as a Field Technician in 2013. Since then, he has spent several years as a PLS-CADD technician, and later assumed a software developer position where he applied his skills building specialized software systems. He has an intricate knowledge of how distribution power engineering projects are conducted and has built many automation and quality assurance software tools specifically around these processes.

Having worked with many aspects of the electrical engineering business, including data collection, line design, and administration, Paul has a unique technical perspective that allows him to solve problems with a strong understanding of the bigger picture.

As the first employee of EMPACT Engineering, his passion for developing software solutions and meticulous attention to detail have directly contributed to the rapid technological advancement of the company. His primary responsibilities include the planning, design, and development of major software systems that are the backbone of many EMPACT methodologies, in addition to architecting and future-proofing new processes and solutions. 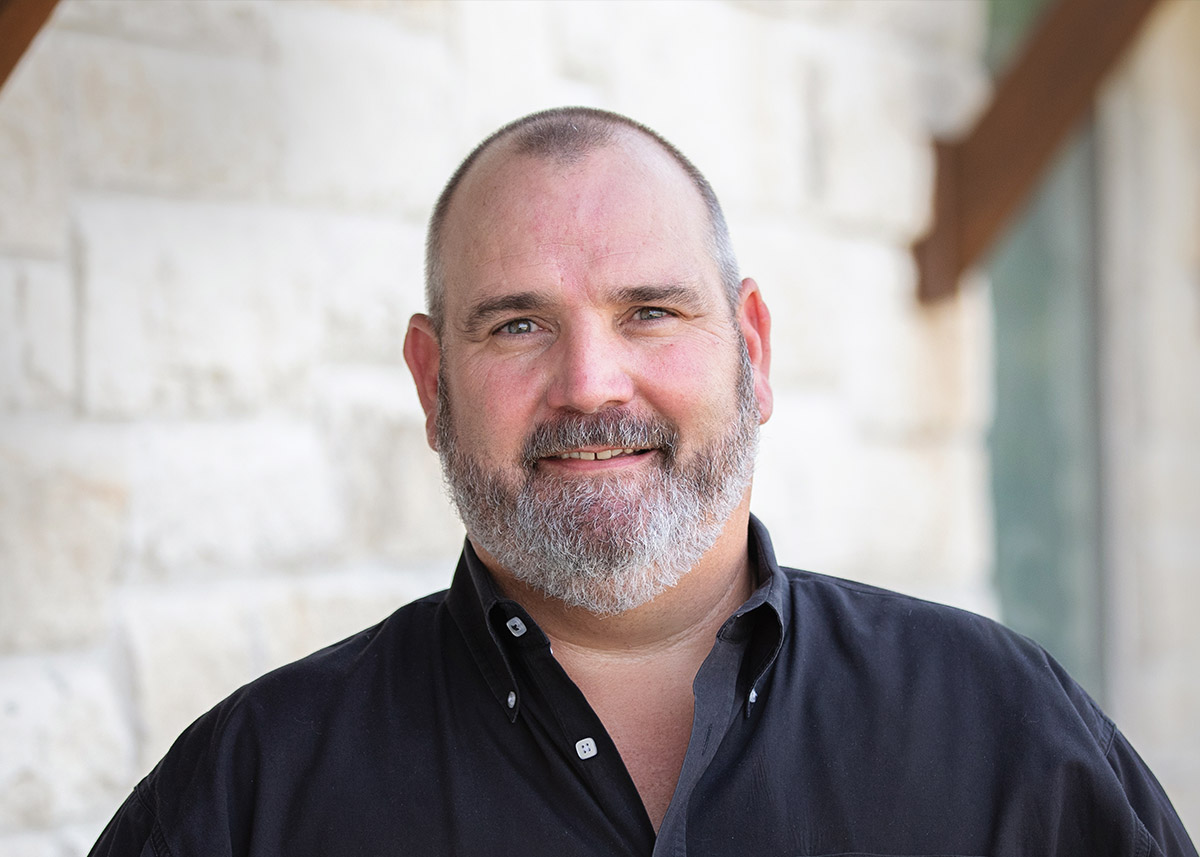 Tom Jackson has spent more than 2 decades in distribution powerline engineering. In 1999, Tom began his career as a field service representative and spent the first 10 years traveling the state, collecting field engineering data for electric utility projects. His knowledge of powerline engineering quickly grew when he began looking for ways to perform tasks better, faster and with higher quality. He became highly respected, knowledgeable, and reputable throughout the industry which prompted subsequent opportunities as Project Manager, PLS-CADD Manager and Director of Geospatial Services.

At his previous employer, Tom built the PLS-CADD, 3D modeling division from the ground up. He initially worked as the sole operator of the software that has since grown into a division of 15 full-time operators. As a result of his technology-driven mindset, Tom’s department was modeling distribution powerlines with a product originally designed for transmission line engineering. His knowledge gained in the field translated to a great understanding of the importance of wire tensions, NESC clearances, and very detailed engineering analysis. All categories where PLS-CADD excelled.

As Director of Geospatial Services, which he helped launch. He took the Geospatial Division from a concept to one of the top “Drone” programs in the world—proving yet again his desire to make improvements and create solutions for his clients. His superior understanding of the data required to produce a top-quality engineering product resulted in another accolade in his career. The program was largely known as one of the first to attach a LiDAR sensor to an unmanned aircraft to collect data along powerlines. He spent numerous days traveling across the country educating electric utilities, surveyors, and the oil and gas industry about the benefits of their product.

In late 2019, Tom was presented with an opportunity to start EMPACT Engineering and put his knowledge gained over his 21-year career towards finding better solutions for distribution power engineering. He has been applying his leadership skills, and innovative mindset to doing things better, faster and with higher quality ever since.

Ready to make an "Empact"?

To access the machine readable files created and published by UnitedHealthcare,click here.

979-314-4947
Let's Connect!
Thank you! Your submission has been received!
Oops! Something went wrong while submitting the form.
PrivacySite mapTerms of use
Copyright © 2022 Empact Engineering. All right reserved.